Our state of the art, air conditioned facility at Coorparoo provides us with unparalleled quality control.

Solar Style are Brisbane’s premiere automotive window tinting specialists. Our window tinting team is one of the most experienced in Brisbane, with all our tinters having worked for more than 10 years in the industry. One of our friendly staff members will show you through our display of films and explain the difference between each film. Then we can help you select the best option for your car and tailor a window film to your given budget. 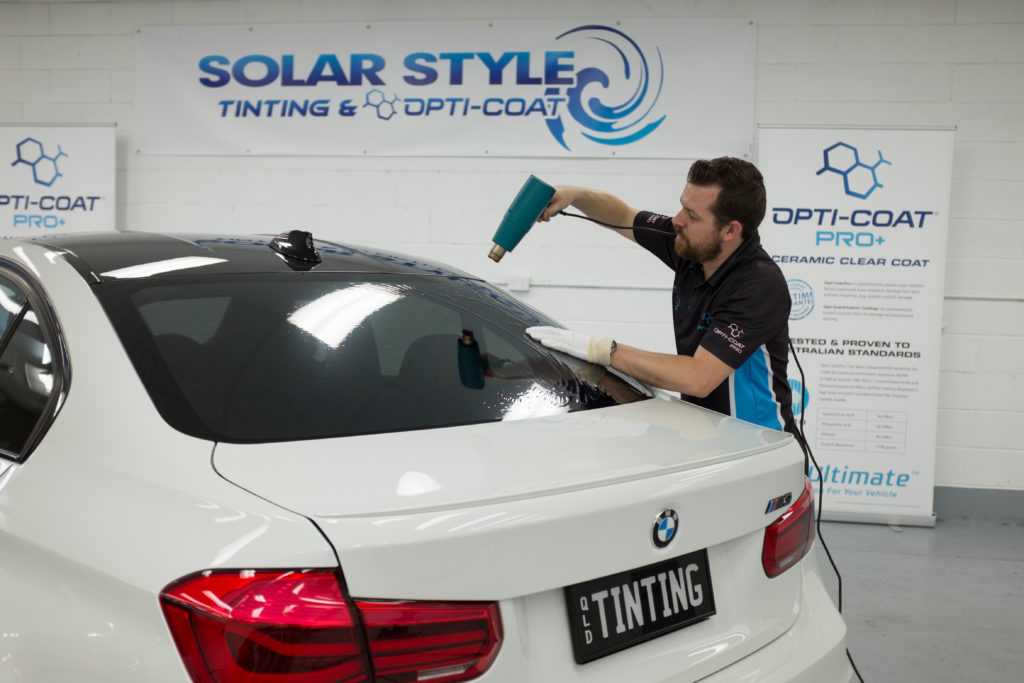 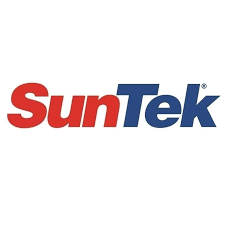 Provides superior results for customers looking for quality and performance. Other features and benefits include:. A proprietary construction that utilizes unique and innovative Carbon technology. Non-reflective, ‘black’ finish that will not fade. Great solar performance with advanced UV protection. No metal layers that can cause interference with cell phone, radio, or navigation system signals. Lifetime Manufacturer’s Warranty, that includes fading 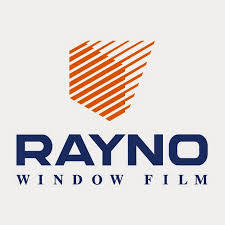 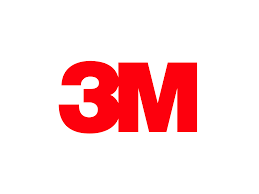 In the past, car owners had to choose between carbon window tint or ceramic window tint film. Although each technology had its advantages, nano carbon tint and nano ceramic window tint also came with weaknesses — forcing car owners to make a compromise no matter what they chose. That’s all changed, however, thanks to Rayno Window Film’s continuing drive for innovation in the automotive window film industry. We found the perfect formula to combine the unique strengths of carbon material and ceramic material; while also developing new techniques that tackle their shortcomings. The result is our Phantom Nano Carbon Ceramic window film, which offers the best of both worlds without forcing drivers to compromise in any way. They say two is better than one, and in the case of Rayno Window Film’s Phantom series, it’s much, much better. The Phantom series blends the best qualities of nano carbon ceramic window film while overcoming those shortcomings.

To understand what makes the Phantom series so revolutionary, let’s take a look at the differences between carbon vs. ceramic auto window tint: 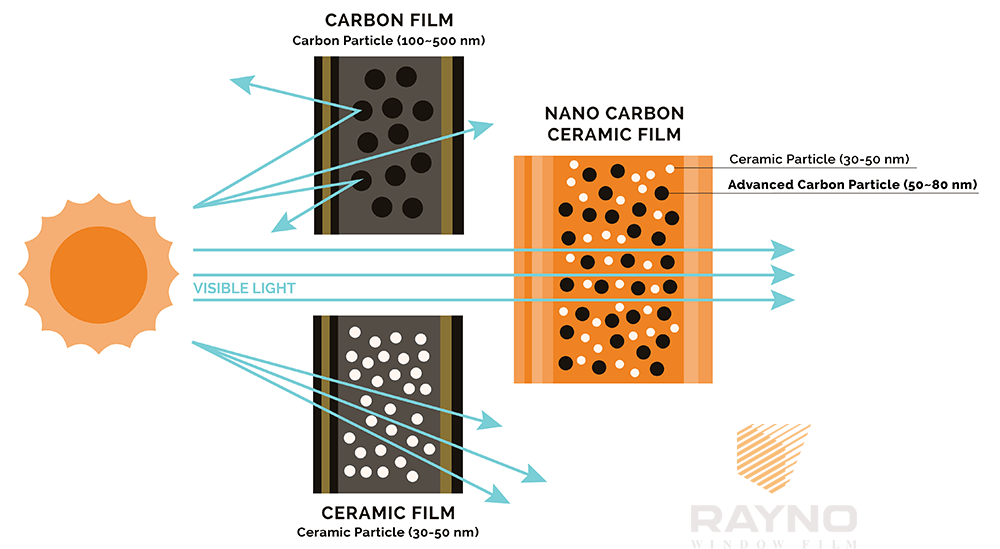 Carbon tint is infused with carbon particles, which are highly effective at blocking infrared light. This helps keep car interiors cooler and won’t fade over time the way dyed films do. However, the main disadvantage of carbon is that the particles are so large that light can bounce inside the film, creating glare and haze that make it difficult to see through at times.

Ceramic window film, on the other hand, is made with non conductive ceramic particles that are small enough to prevent glare or haze while still blocking infrared light. However, ceramic car window tint oxidizes relatively quickly. This means the nano ceramic window film will make the film’s original color lighter, so the film’s shade becomes lighter, faster than carbon films.

The Phantom Nano Carbon Ceramic window film series incorporates innovative technology that allows both carbon and ceramic particles to share the duty of protecting your car’s interior with the advantages of both while significantly reducing the downsides they would have on their own. Our unique formula decreases the size of carbon particles down to a nano scale, preventing the haze and glare from typical carbon films while maintaining its incredible durability. What’s more, by encapsulating high-purity ceramic particles, we’ve further enhanced the color stability of ceramic while maintaining its higher visibility. Rayno Phantom is an innovative product with improved visibility and durability, with higher color stability and heat rejection compared to all other automotive window films and metalized films on the market.

Please complete the form below so that we can provide a detailed quote and booking details.

We can usually provide quotes within 7 days.