The most durable, innovative and protective coating available 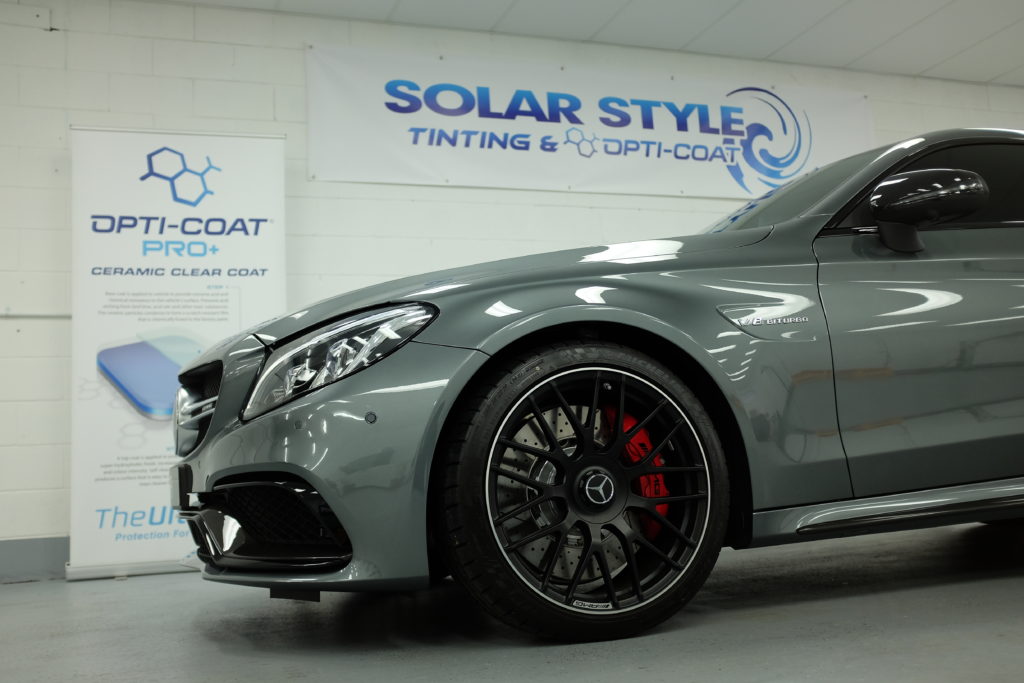 For more than a decade, Opti-Coat has been setting the industry standard with our unique ceramic coating technologies.

Opti-Coat develop and manufacture proprietary resins utilising our Silicon Carbide (SiC) chemistry. Opti-Coat’s purpose is to provide our clients with a product that is the most durable, innovative and protective coating available.

Opti-Coat has been independently tested to Australian Standards by the Commonwealth Scientific & Industrial Research Organisation and exceeds operational and safety standards for The Boeing Company.

When you choose Solar Style, you’re choosing the experts in clear coat car paint protection. We’ve invested years of experience and expertise to not only deliver a seamless Opti-Coat Pro clear coat protection finish, but we also developed our own SiC™-powered application to give you the best auto paint protection that lasts.

Our clear coat protection has been tested by the CSIRO and Boeing to meet and exceed Australian standards so you can enjoy higher levels of protection that maintains colour fastness and helps resist scratches, chemicals, water and more. From window tinting to paint protection film, Solar Style will help preserve your car’s chassis and give you a more comfortable driving experience.

Do you have a question? Contact us, and one of our staff members will be happy to assist you.

The primary function of a ceramic coating is to protect the surface it is applied to. SiO2 and TiO2 based resins will hydrolyse and diminish over time. The hydrolysis and degradation of SiO2 and TiO2 based resins is accelerated with high pH products (such as alkaline degreasers) as well as at low pH cleaners (acid wash, etc.). By removing the Oxygen group and using SiC linkages as the polymer backbone, our coatings are unaffected by low or high pH levels (acids and alkalines) and resistant to UV breakdown.

During the development of Opti-Coat in 2004, we developed and tested a number of different resins for longevity, hardness, chemical resistance, UV resistance, scratch resistance and other desirable features such as gloss levels. These resins included SiC ceramic based resins as well as SiO2, TiO2, Silane, Siloxane, Fluoro, and a few other polymer resins.

Across the board, the SiC based resins we developed outperformed all others for these criteria. The resins that were based on SiO2 and TiO2 were initially comparable in hardness, however, they were hydrolysed and diminished over time. While the hydrolysis of SiO2 and TiO2 based resins was slow in neutral or low pH exposure and took months to become apparent, it was quite rapid at pH above 10 due to catalytic cleavage of Si-O or Ti-O bonds with hydroxyl group at higher pH. SiC linkage on the other hand was completely unaffected by acids (low pH) or caustics (high pH) due to the lack of oxygen group.

This difference in performance means one layer of SiC based resin would last longer than multiple layers of SiO2 or TiO2 resins since SiC resin does not diminish over time. Furthermore, since the SiC bond is harder and more inert, it does not allow chemicals to penetrate and damage the substrate it is applied to.

For these reasons we chose to develop the Opti-Coat resins using SiC as the polymer backbone. This has resulted in the Opti-Coat line of ceramic coatings providing the best protective properties to automotive finishes since their release in 2008.

How long does the Opti-Coat ceramic coating last? Will it wash off?

The Opti-Coat resin bonds permanently with your factory clear coat. Once cured, the resin can only be removed through abrasion. We guarantee Opti-Coat’s protection qualities for up to 7 years however performance can continue well beyond this period.

Is Opti-Coat safe for my vehicle?

Our ceramic coating is a very thin and flexible resin used by leading paint and panel shops and will not damage cured clear coats or void any automotive paint warranties. For repainted vehicles, Opti-Coat should not be applied for 30 days after repainting or for the duration your paint manufacturer specifies.

Yes, Opti-Coat provides your vehicle with some additional scratch resistance by bonding with the paint on your vehicle and producing a thin, outer layer that is harder than your factory clear coat. Ceramic coatings are not scratch proof though and some factory clear coats are also softer than others. Opti-Coat will work to reduce light scratches over the life of the vehicle.

Do I need to wax my car?

No. Once Opti-Coat is applied there is no need to wax your car. The Opti-Coat resin provides far more protection and hydrophobic properties than any wax can provide, and by waxing you may damage Opti-Coat’s hydrophobic effect over time. If you would like to top your Opti-Coat with additional products, we recommend using only synthetic sealants such a Opti-Coat Hyper Seal and not to use carnauba based waxes or polishes.

Do I have to dry my vehicle after washing?

Yes! Always dry your vehicle after washing and do not allow tap water to dry on the vehicle. Tap water contains minerals and if allowed to evaporate on the surface, the minerals left behind can be difficult to remove.

No! Ceramic coatings do not prevent rock chips. If you are seeking a solution for stone chips please contact us regarding our paint protection film services.

How long does it take do to my car?

The standard process takes 1 day, or can take multiple days depending on the level of service you are requesting. This is due to our extensive preparation processes and care taken on the vehicles we work on to ensure the highest quality work is delivered.

Someone is offering Opti-Coat but they aren’t listed as an authorised dealer. Is it genuine Opti-Coat?

No. Any detailer or car dealership claiming to offer Opti-Coat, or a product that is the same as Opti-Coat without being an authorised dealer is making a false claim. Please report this to our head office by calling 1300 599 616 or emailing info@opticoat.com.au

How does Opti-Coat work to protect my vehicle?

Opti-Coat Pro is a silicon carbide ceramic coating that delivers a seamless film and superior clear coat car paint protection on top of your factory-set coat. After one application, you’ll never have to wax your car again and can enjoy protection against water, UV light, tree sap, bird droppings and other debris for years to come. Additionally, Opti-Coat Pro protects the colour fastness of your car’s finish — adding a gloss that looks like you’ve just driven out of the dealership.

Where on my car can Opti-Coat Pro clear coat protection be applied to?

Give your car a new clear coat of Opti-Coat Pro to protect any metal and hard plastic surfaces of your car’s chassis from all driving environments.

If you’re looking to protect the glass on your vehicle, Opti-Glass Pro will repel water to improve visibility during rain, help reduce stone chipping as well as abrasion from windscreen wipers.

How do I maintain the Opti-Coat coating on my car?

To ensure the best clear coat protection, we recommend the following cleaning tips:

Please complete the form below so that we can provide a detailed quote and booking details.

We can usually provide quotes within 7 days.